As a high school teacher, Melissa McVey, MPH, BA, RRT, CPFT, says she felt like she was spinning her wheels in her dream to make an impact on people’s lives. Then, when visiting a friend in the hospital with cystic fibrosis (CF), she found what she needed to change her career path.

Melissa was inspired by how well her friend responded to his respiratory therapists. She could see the difference they made in his life by providing effective treatment along with cheerful camaraderie that together offered respite from his daily struggles with CF.

“That’s when I realized our quality of breath contributes directly to our quality of life,” she says. “When you can’t breathe, nothing else matters.”

With newfound inspiration, Melissa shifted gears from teacher back to student. In 1997, she completed her degree in respiratory care and became a Registered Respiratory Therapist (RRT). In 2002, she earned specialty credentials from The National Board of Respiratory Care (NBRC) as a Certified Pulmonary Function Technologist (CPFT).

Doors began opening for her right away. She quickly took on more responsibility as a clinical specialist, educator and supervisor – and now, she is Director of Cardiopulmonary for Atrium Health in Charlotte, N.C. She manages a team of acute care therapists in addition to overseeing the pulmonary function lab and rehabilitation programs.

“The NBRC specialty credential allowed me to expand my knowledge base and my practice in ways that otherwise would not be possible. I love learning about specialty areas and becoming more well-rounded and marketable. It has given me a great foundation to be a leader.”
— Melissa McVey, MPH, BA, RRT, CPFT

Since 2003, Melissa has served in the reserves for the U.S. Army, Navy and now the Air National Guard. In 2016, she earned a master’s degree in public health, which she says complements her NBRC credentials and gives her another tool to accelerate excellence in respiratory care.

Melissa also uses her athleticism to pound the pavement for disease awareness and fundraising. She has completed many triathlons and races to raise funds and pay tribute to patients, family members and friends with illnesses that affect quality of life.

“Fortunately, I am able-bodied and active, so I can use my physical abilities to help fight for those who are not,” she says. “My work is not just work, but a lifelong passion.” 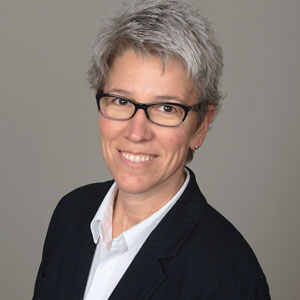 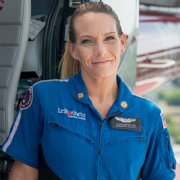 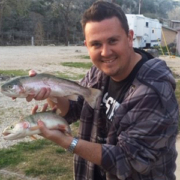